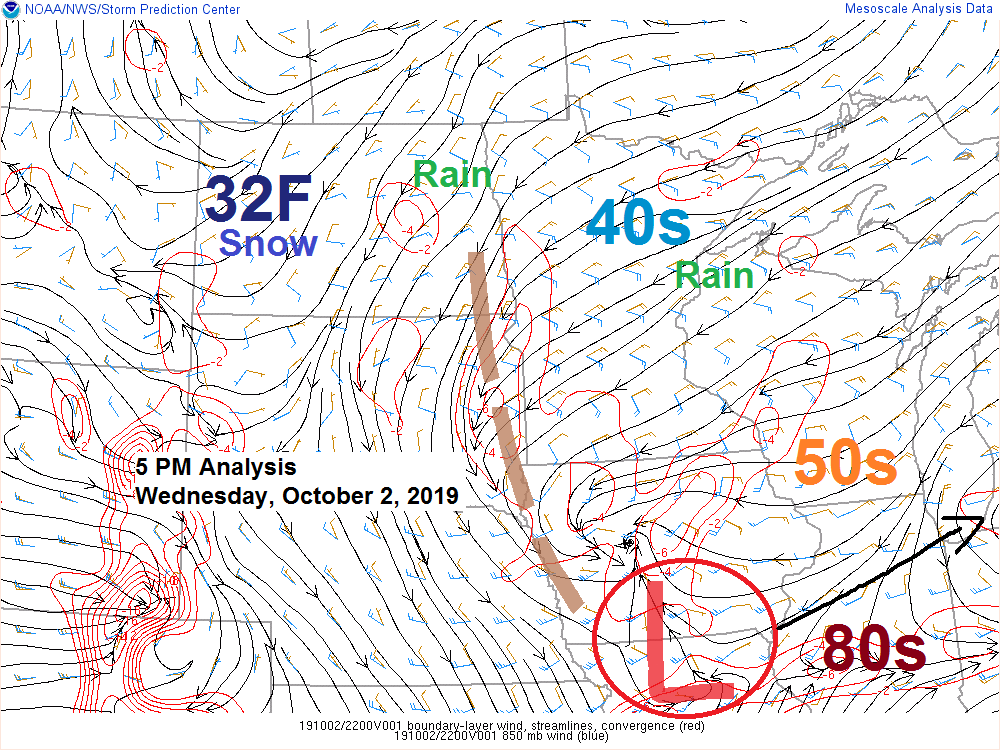 A rainy night ahead with some snow mixing in across far northern Minnesota overnight.

*There may be a little snow mixing in with the rain along a line from around Grand Rapids to Hibbing to Babbitt, to north of Grand Marais.

*Timing on when the rain may start to mix with snow in far northern Minnesota is roughly from 1 AM to 4 AM Thursday.

*All rain is expected farther south including in Duluth and Superior.

Slushy snowfall accumulations of a trace to 2 inches are possible Thursday morning in far northern Minnesota, but most of the snow that falls will likely melt on contact, unless the snow comes down hard enough and for a long enough period of time to allow for some minor accumulations mostly on grassy surfaces and trees. No travel impacts are anticipated at this time.

Around a half inch of precipitation with locally higher amounts are forecast through Thursday in northeast Minnesota and northwest Wisconsin. Source: https://www.pivotalweather.com/

Strongest lift in the atmosphere is occurring in North Dakota today and this is aiding in dynamical cooling processes which is allowing the rain to switch over to snow this afternoon in parts of western North Dakota.

Winter weather advisory for accumulating snow and a freeze warning are in effect tonight across parts of the Northern Plains and Northern Rockies. Source: https://www.pivotalweather.com/

An active weather pattern will linger through the weekend with two systems affecting the upper Midwest. The first one moves through tonight, the second one on Saturday.

Low pressure over north-central Missouri late this afternoon with a trough extending NW of that low is bringing some rain into parts of the Northland late today.

Rain coverage should increase across the Northland tonight as the low in Missouri tracks E-NE to near southern Lake Michigan by daybreak while a trough moves NE through the upper Midwest.

Colder air will work into this system Thursday morning with 850mb temperatures in far northern Minnesota forecast to range from around 0 to -2C with 925mb temps of around 0 to -1C. Note: Temps aloft will become cold enough for snow overnight, but temps closer to the surface may be slow to respond, and if that is the case then will likely get very little snow out of this event.

Lows tonight will be in the middle 30s to middle 40s with east to northeast winds 5 to 15 mph, but stronger winds with gusts 30 to 40 mph will be found near Lake Superior tonight.

Rain and some snow will linger on Thursday although precipitation should become more scattered by the afternoon, and any snow that falls should occur prior to Noon.

Mostly cloudy skies will persist Thursday, but maybe just maybe will get a few peeks of sun. Temps will remain on the cool side with highs Thursday in the 40s with a few southern locations possibly up near 50 degrees. Winds Thursday will be out of the north at 10 to 20 mph.

High pressure will move over the area Thursday night and Friday which will bring drier weather to the Northland.